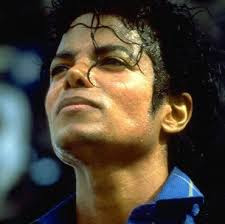 By Judith Riddle
“Michael Jackson is in cardiac arrest!” exclaimed a CNN news reporter.
Chills ran down my spine as I quickly picked up my head from the book I was reading to listen to the news report. In disbelief, I glared at the television monitor as a red ambulance truck pulled up to Ronald Reagan UCLA Medical Center in downtown Los Angeles while a medical crew scrambled feverishly to rush Michael into the emergency room. It was 4:30 pm eastern time.
“When the paramedics arrived at his home,” the news reporter continued, “Michael Jackson wasn’t breathing or responding to CPR.”
“Oh my gosh!” I gasped, as I sat in my hotel room to unwind after two train rides from Philly to Washington, DC. “He’s not going to live too long,” I whispered. “Heavenly Father,” I prayed, “Please heal him and have mercy on his soul.” Shocked and tense, I watched the newscast for another 2 1/2 hours to see if Michael would be OK.
Reluctantly, I turned off the television at 6 pm to meet a friend for dinner. Two hours later when I returned to the lobby of my hotel, the chilling words “Michael Jackson dead at age 50” flashed across the big screen TV.
I froze.
“Did you hear that Michael Jackson died?!” I asked my husband breathlessly after frantically dialing him on my cell phone. I didn’t want to believe it. It just couldn’t be. “Maybe the news reporters are wrong,” I thought. “Maybe Michael will just wake up, and this nightmare will be over!”
Stunned, dismayed and teary-eyed, it would be 11:30 pm before I could tear myself away from the TV in my hotel room and get some sleep.
Childhood Love
Like everyone my age, I grew up with the Jackson 5. Michael, Marlon, Tito, Jermaine and Jackie were woven into the fabric of my daily life. Each song Michael Jackson sang vividly reminds me of specific moments in my life that often bring back good memories.
I fell in love with Michael Jackson’s cute face, bright smile, beautiful voice, mesmerizing dance moves, electric energy and ingenious artistry from the beginning when “ABC,” “I Want You Back,” “Got to Be There,” Rockin’ Robin” and “Dancin’ Machine,” put him and his brothers on the road to super stardom. 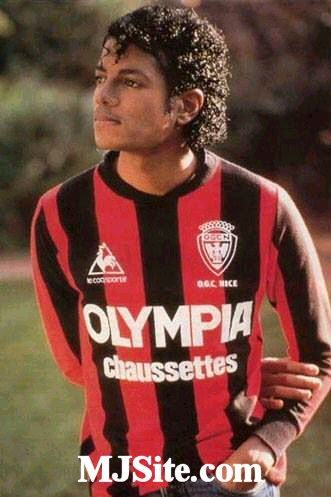 “Michael! Michael! Michael!” A childhood friend and I screamed at the top of our lungs as we jumped up and down in the balcony at Madison Square Garden in New York City one afternoon at a Jackson 5 concert in the early 70s.
We bought every hit record, memorized every song, danced wildly to his music, imitated his dance steps and just loved and adored him from afar. We joined Michael Jackson’s fan club, collected his trading cards and bought his colorful posters. We watched the Jackson 5’s Saturday morning cartoon and their weekly variety show. And we read every article ever written about him in Right On! magazine. We were in the throes of a mad love affair that lasted throughout the 70s, 80s, 90s and into the 21st century.
Shortcomings Aside
Despite Michael’s countless plastic surgeries, seemingly strange behaviors, child molestation charges and financial woes, I, like millions around the world, loved him anyway for his artistic genius and generous spirit. He donated millions of dollars to charities to help burn victims and underprivileged children. He had a heart of great compassion, mercy and love. I never believed the child molestation allegations, although I was annoyed with him for his poor judgment and getting himself into such trouble.
Michael’s Best Laid Plans
Incredibly, Michael was preparing to perform 50 concerts in London this summer and others next year in different venues. Sadly, his plans never came to be. According to one news report, tickets for all 50 concerts sold out in 8 hours — a testament to how much his fans loved him. Fans idolized him. Worshiped him. Those who worked for and with Michael relied on him, trusted in him, depended on him and leaned on him. Perhaps, too much. We’re not to put our trust in mortal man. “For every man must die. His breathing stops, life ends, and in a moment all he planned for himself is ended” (Psalm 146:3-4 / TLB). 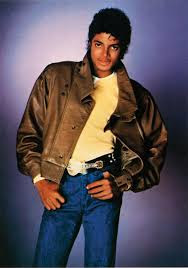 Spiritual Repercussions
As I read the newspaper accounts, watched the news reports and the 1-hour television specials about Michael Jackson’s incredible life and untimely death, I realized his sudden passing has profound spiritual dimensions far beyond what the human eye can see. I couldn’t help but wonder, “Was Michael Jackson saved?” “Did he become a Christian before he died?”
Oh, I hoped he did!
The fact he grew up as a Jehovah’s Witness, sought spiritual counsel from those who practiced middle eastern mysticism, surrounded himself with members of The Nation of Islam and reportedly converted to the Muslim faith in November 2008 left much room for doubt. “Blessed is the man who makes the Lord his trust, who does not look to the proud, to those who turn aside to false gods” (Psalm 40:4 / NIV).
My heart broke!
Jesus’s poignant question, “For what will it profit a man if he gains the whole world, and loses his own soul? came to mind (Mark 8:36 / NKJV).
Truly, Michael Jackson gained the whole world. I pray he didn’t lose his soul.
According to a recent news report, it’s quite possible he didn’t. Gospel singers Andrae Crouch and his twin sister Sandra met with Michael twice, weeks before his death to sing and pray with him. Michael contacted the Crouches for inspiration for his London tour, asking for prayer concerning Jesus and the anointing of the Holy Spirit. Michael wanted to know how to make his music more spiritual. The news report also said Andrae and Sandra explained what the anointing of the Holy Spirit meant and who Jesus was, and that they sang and prayed as they all held hands in a circle. A spokesperson for the Crouches said Michael didn’t reject Jesus or the prayer and that he gladly joined Andrae and Sandra in prayer.
Did Michael confess Christ as Savior? The Crouches said they’re not certain. But who knows what happened between Michael and the Lord when the Crouches left that day. (Michael may have gotten down on his knees and received Jesus.) God in his great mercy and grace reached out to Michael through the Crouches to reveal His sacrificial love, His power and His Son who gives the gift of everlasting life to anyone who believes in Him. Praise God!

Just think, if Michael had known Jesus personally throughout his career, maybe his life would’ve taken a different path (Proverbs 3:5-6). Perhaps he would’ve been happy with the way God made his beautiful, handsome face and not have subjected himself to years of unnecessary plastic surgeries that dramatically changed his appearance (Psalm 139:14). Maybe he would’ve listened to his closest confidants to seek healthier treatments for his insomnia, and his physical and emotional pain instead of allegedly abusing prescription drugs that led to his addiction (Jeremiah 17:14; Acts 9:34). Perhaps Michael would’ve made better financial decisions to keep himself out of tremendous debt (Proverbs 22:7; Romans 13:8a). Maybe he would’ve listened to warnings about having sleepovers with young boys (Proverbs 11:14; Ephesians 5:15,17). Perhaps he wouldn’t have been so lonely (Psalm 25:16; Psalm 34:18; Hebrews 13:5b). Maybe he would’ve received peace for his tortured soul (Psalm 23:2-3a; Matthew 11:28-29).
Perhaps he’d still be alive!
“My son do not forget my teaching, but keep my commands in your heart, for they will prolong your life many years and bring you prosperity” (Proverbs 3:1-2 / NIV).
Life Lessons
Some of the lessons we all can learn from Michael’s life and shocking death is that our lives are in God’s hands (Psalm 139:16b), and He gives all of us life here on earth for only a season (Ecclesiastes 3:1-2). But what a glorious season it can be if we walk according to His will and His ways. Michael was truly blessed. He had an unusually lengthy season as an extraordinary entertainer and humanitarian that spanned four decades. Four decades! But like all seasons under heaven, Michael’s came to an end — albeit a tragic one.
We learn from Michael that life is precious, and life is short (Psalm 144:4; Psalm 90:12) and that we need to live our lives with purpose, humility and wisdom.
“Lord, remind me how brief my time on earth will be. Remind me that my days are numbered — how fleeting my life is. You have made my life no longer than the width of my hand. My entire lifetime is just a moment to you; at best, each of us is but a breath. We are merely moving shadows, and all our busy rushing ends in nothing. We heap up wealth, not knowing who will spend it”
(Psalm 39:4-6 / NLT).
Dearly Missed
As I continue to pay tribute to Michael Jackson, I will miss him. Millions of fans around the world will miss him. The entertainment industry and all who worked with Michael will miss him. And most important, Michael’s family will miss him. His dear sister Janet spoke for all of us when she said these words on the night of the BET Awards tribute to her brother, “He will forever live in all of our hearts.” My prayers are with you Janet and your entire family during this extremely difficult time!
© Copyright 2009. All rights reserved. 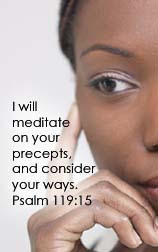 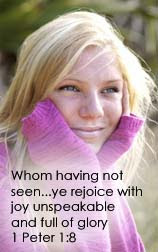