Those Who Will Not Enter the Kingdom 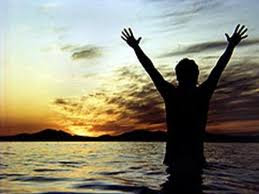 Or do you not know that wrongdoers will not inherit the kingdom of God? Do not be deceived: Neither the sexually immoral nor idolaters nor adulterers nor male prostitutes nor practicing homosexuals nor thieves nor the greedy nor drunkards nor slanderers nor swindlers will inherit the kingdom of God. And that is what some of you were. But you were washed, you were sanctified, you were justified in the name of the Lord Jesus Christ and by the Spirit of our God. (1 Corinthians 6:9-11)

In my bible study group last week, we focused on several passages that discussed the work of the Holy Spirit. Of all the passages we read, this one gripped me the most. It begins by listing the habitual sins of those who will not inherit or, in other words, enter the Kingdom of God. If any one has ever had a question about what God considers sin and who won’t enter heaven when they die, this verse, among others, plainly provides the answers.

The passage, written by the apostle Paul to the Christians in Corinth, begins by saying the sexually immoral won’t enter heaven: That’s anyone who’s not married and is having casual sex. Idolaters are people who worship anyone or anything that takes first place in their lives other than God, such as work, family, kids, the pleasures of life, money, drugs, alcohol, themselves, false gods, etc.

Adulterers are those who have sex with someone else outside of their marriage. Then the passage mentions male prostitutes and homosexuals, those who are in sexual relationships with people of the same sex (men or women). The Lord mentions thieves, the greedy, drunkards, slanderers (people who regularly say vicious and false statements about others), and swindlers (individuals who often obtain money or property fraudulently—hence the phrase “ill-gotten gains”).

Then, Paul writes “And that is what some of you were. But you were washed, you were sanctified, you were justified in the name of the Lord Jesus Christ and by the Spirit of our God.” This part of the verse is most comforting, because just as the Christians in Corinth received Christ when they were still practicing these sins and were then washed clean by the Holy Spirit, so was I. The Corinthian Christians were not without sin before they received Christ, and neither was I. But once they came to Christ the Holy Spirit washed them clean. They were now holy (sanctified) and forgiven (justified) of all these sins. And once they were washed clean, they stopped practicing these sins to live a life that honors the Lord. That’s what the powerful work of the Holy Spirit does in our lives the moment we place our faith in Christ for our eternal salvation. The Holy Spirit washes us clean from all our sins, makes us holy, and gives us the power and desire to turn from sin.

May we pray for our friends and family members who don’t know Christ and who are habitually practicing the sins mentioned in this passage without remorse, which will prevent them from inheriting (entering) the Kingdom of God. There was a time when I was not qualified to enter the Kingdom, but because of God’s grace and mercy, I was able to respond to His call to salvation and have now crossed over from death to life. May we bless and praise His Holy Name.
Posted by Judy at 4:27 PM